If staying still were a game, the Smooth Helmet Iguana would possibly face very few adversaries. However, it’s not about a game; it’s a life or death matter.

This behavior is also useful for hunting, attacking its prey by surprise. Its diet is composed of several species; among them, we can find insects, spiders, and worms.

This lizard that inhabits from Mexico to Colombia is related to the basiliscs, with them it shares a very particular feature, the prominent crest on the top of its head and neck the has the appearance of a helmet. The total size of this lizard is approximately 125mm length, with a sideways compressed body and long and thin legs and fingers. 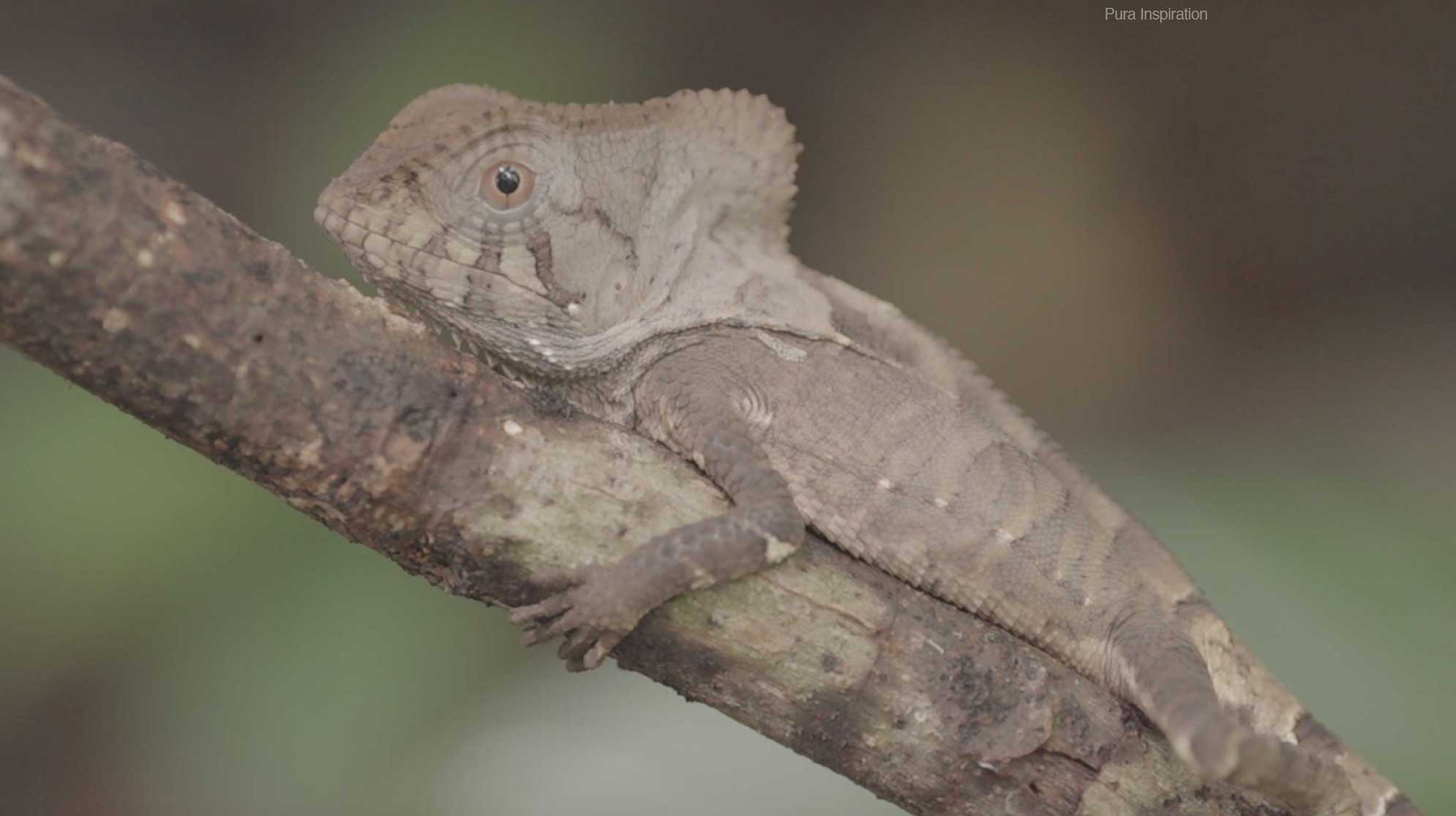 Its skin color may be grey, olive, brown, black or reddish brown with undefined spots, all of these variations depend on wherever it inhabits. According to UICN, is a Least Concern species, besides pointing deforestation as its main threat.