Longhorn beetle, “one second” before the flight. By Gabriel Ramirez.

Gabriel Ramirez surprises us again with one of his spectacular photographs. Like the previous time from La Fortuna, but this time with the natural portrait of a beautiful insect. Below is Gabriel’s narration.

STORY BEHIND THE SHOT

Macro photography is one of my favorites, capturing details that cannot be seenwith the naked eye, seems very curious to me. Normally people have a shocking perception of insects, it can be fear of the unknown, but for me, it is an incredible world waiting to be discovered.

“I started to photograph him, to my surprise, he opened his wings and flew quickly”

As I told you before, I live very close to La Fortuna. This is one of the places I frequent to capture images of wildlife. In this case, a longhorn beetle (Taeniotesscalatus) showed me how beautiful the small world of arthropods could be. This individual was climbing a branch, and I started to photograph him, to my surprise, he opened his wings and flew quickly. When I checked the camera, I saw that I had achieved this wonderful display. The happiness I felt! The photograph wascaptured during the day, but I managed a dark background that highlights thebeauty of this fantastic beetle. 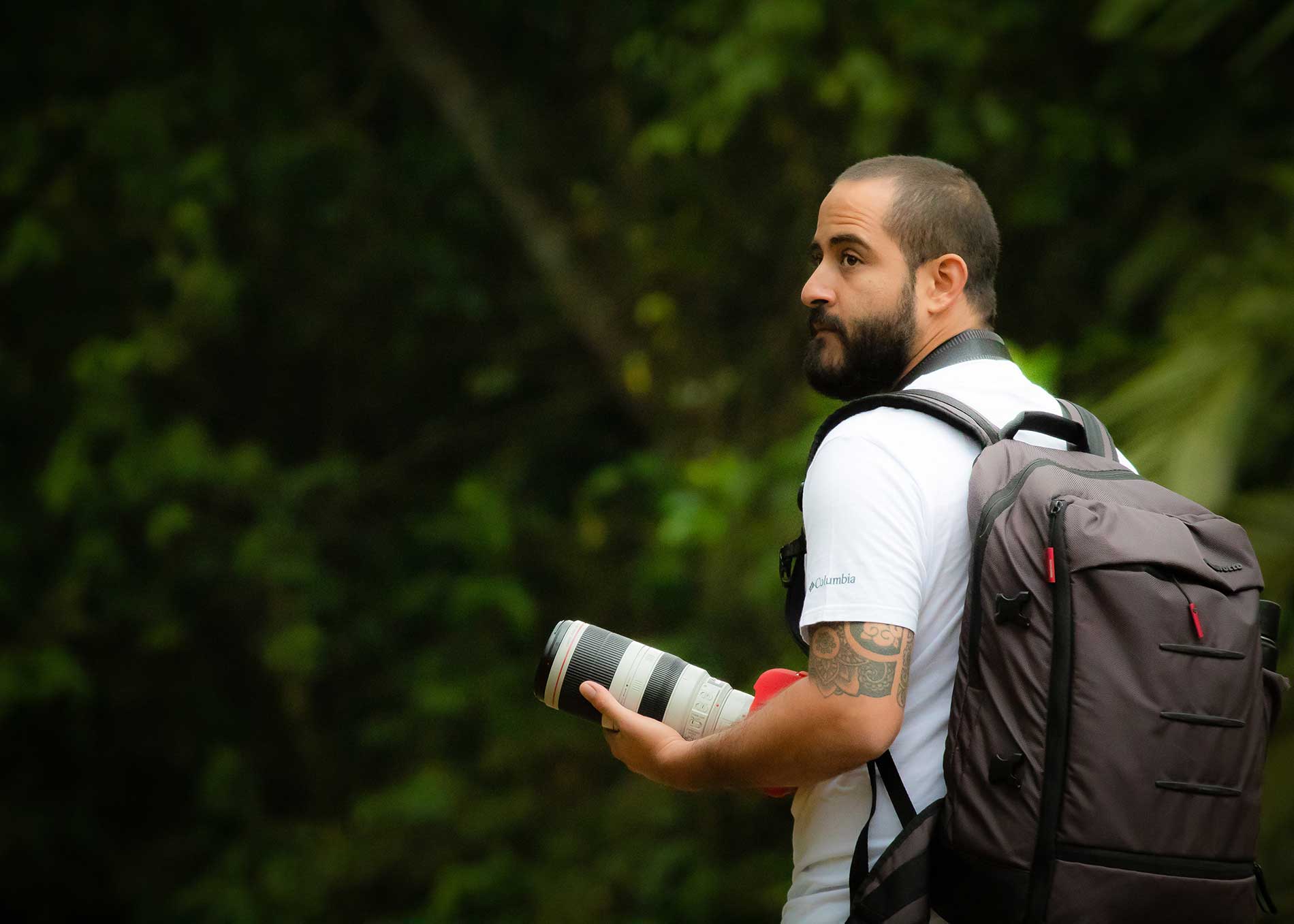 Gabriel Ramírez Junco is a lawyer by profession and a self-taught photographer. His passion for nature began many years ago since photography became his best ally to admire her. 5 years ago, he dedicated his free time to this. Enthusiastic about all living beings, Gabriel loves birds, but reptiles and amphibians have been occupying a large part of his love. He is a lover of the biodiversity, as his work as a photographer has taken him to other countries, such as Brazil, Ecuador, and the United States, where he has managed to “capture” jaguars, black bears, and the iconic Anolis proboscis.

This beautiful Longhorn beetle is distributed throughout Central America. It belongs to the Cerambycidae family and can reach 3 to 4 centimeters.

From Peninsula Osa, White-Lipped Peccary by Dennis A. Valverde. Intimate encounter with the fear..