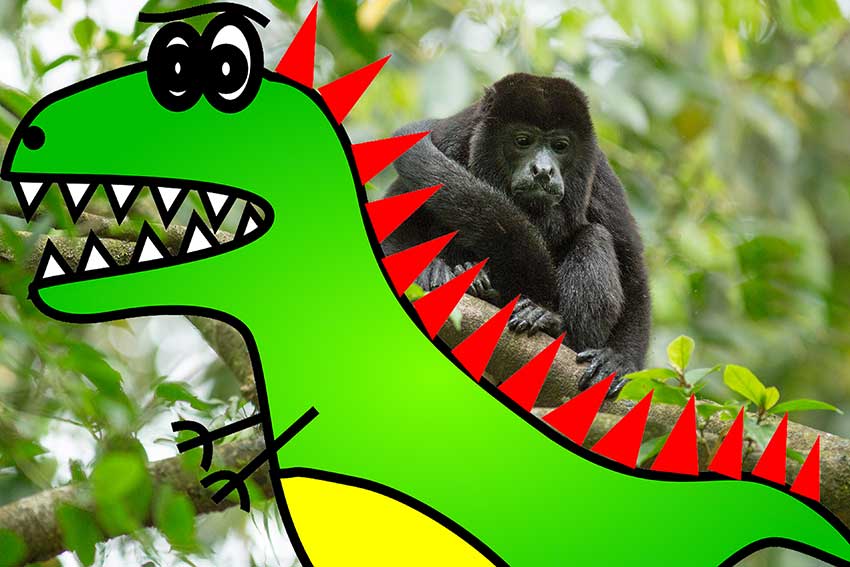 If you are laying on your hammock and suddenly hear the most frightening howl in your entire life, probably you’ve just listened to the usual voice of this extraordinary primates.

The mantled howler monkeys (Allouta palliata) produce such a strong sound that can be heard up to several kilometers away. Because of this powerful attribute the team behind the sound design of Jurassic Park film chose the mantled howler monkey to give his voice to the protagonist beast in this action movie.

There are several studies aimed to explain what’s the function of these remarkable howls. The howling is often used as a regroupment call for the troop, a predator alarm, to attract females and competition between males or to compete against other troops for resources.

But beyond this behavior, this primates, who inhabit from Mexico to Colombia, collaborate in a strong way to the forest ’s regeneration by spreading the seeds from the fruits they feed on. These primates travel in groups from ten to twenty individuals, usually, these groups have one to three adult males and five to ten females. In Costa Rica, is easy to spot mantled howlers troops on the top of the trees near tourism destinations, they move forward through the trees, even walking on high tension wires which often become deadly tramps. 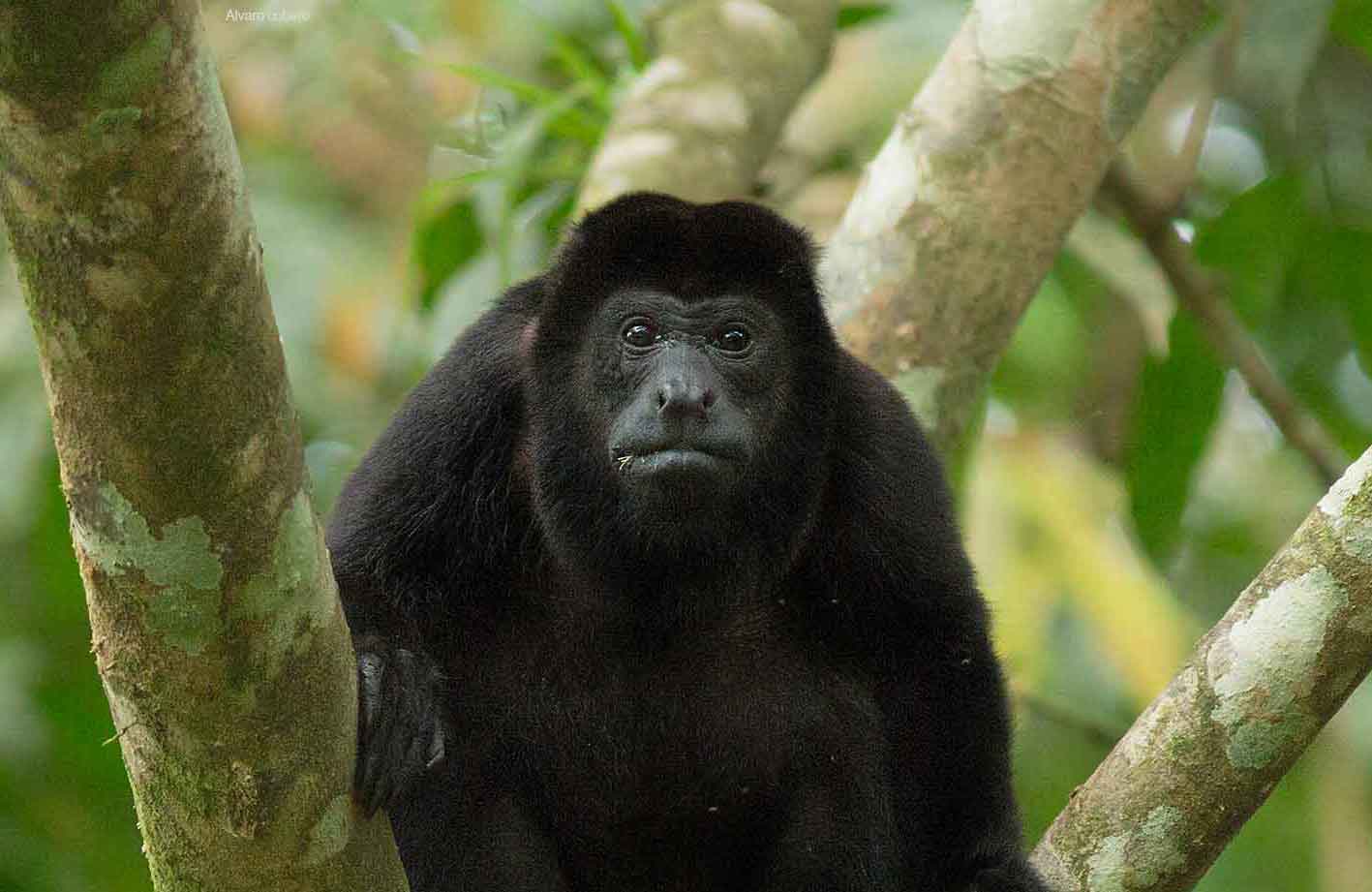 The real state development often related to deforestation ends the aerial connectivity between trees, which is vital for the monkeys to move and their survival. Today, forest fragmentation is their main threat.

To see this animal on their natural environment and especially to listen to them is without any doubt an unforgettable experience from Costa Rica’s forests. One way to help protect this species is to respect distance when they are seen and to choose tourist locations with trees that allow movement for them.