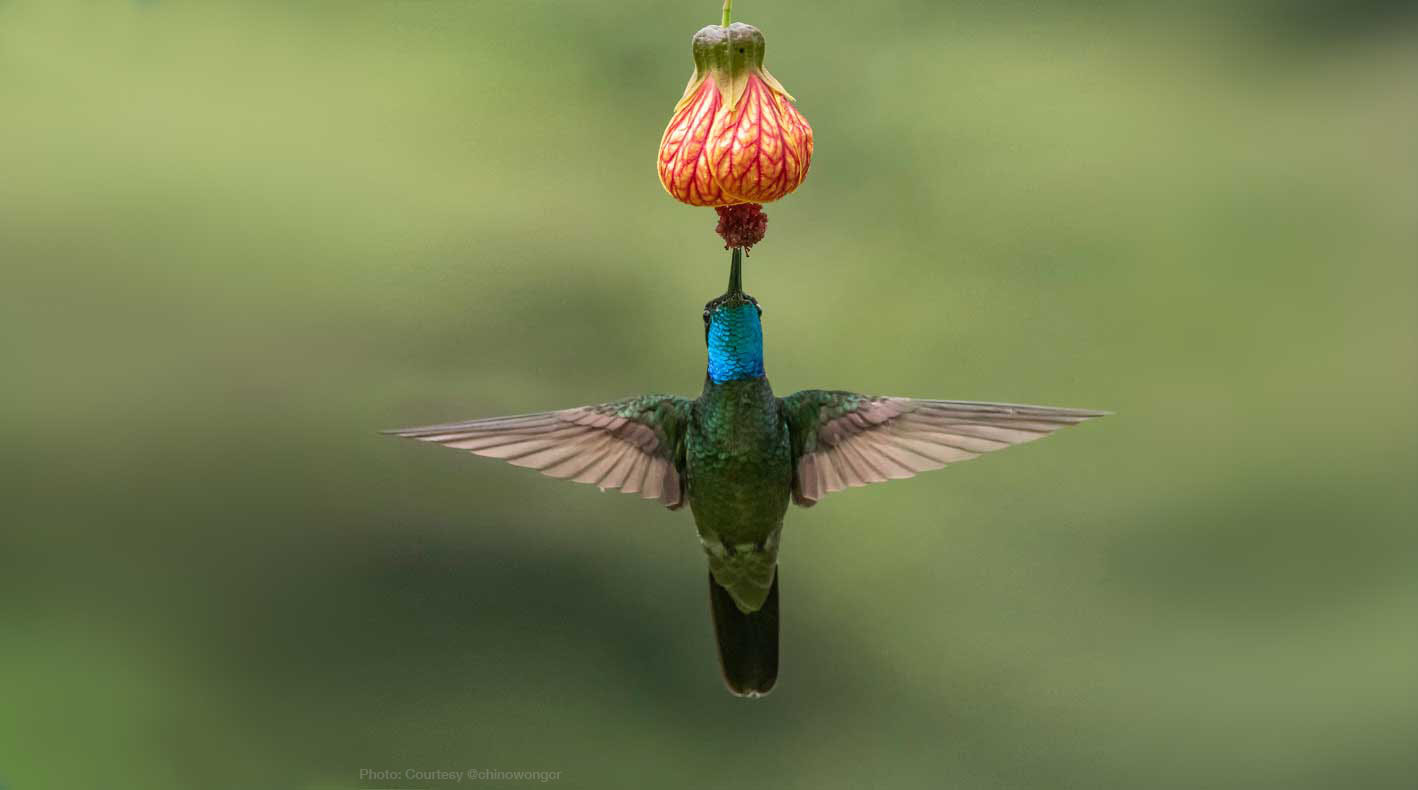 “The Photo” and the story behind the session.

It was a Saturday morning in Coronado, during one of our photography workshops. In these workshops, we focus on teaching photography techniques for hummingbirds in flight. That day we decided to concentrate on a plant of a new species, one that a few months ago we had introduced. This plant was in its flowering stage; the Chinese-lantern (Abutilon pictum). After observing that different species of hummingbirds began to visit the flower, we decided to focus only on it, and a few minutes later: Boom! The Talamanca Hummingbird was visiting the “lantern.”

When we were checking the photographs, we realized that there was an extraordinary one, one with a composition of high symmetry (cover photo). The bird also showed one of its most particular characteristics; the iridescence of his chest. That photo made that day very special.

But let’s see other photos of the “Talamanca” belonging to Mario’s portfolio: 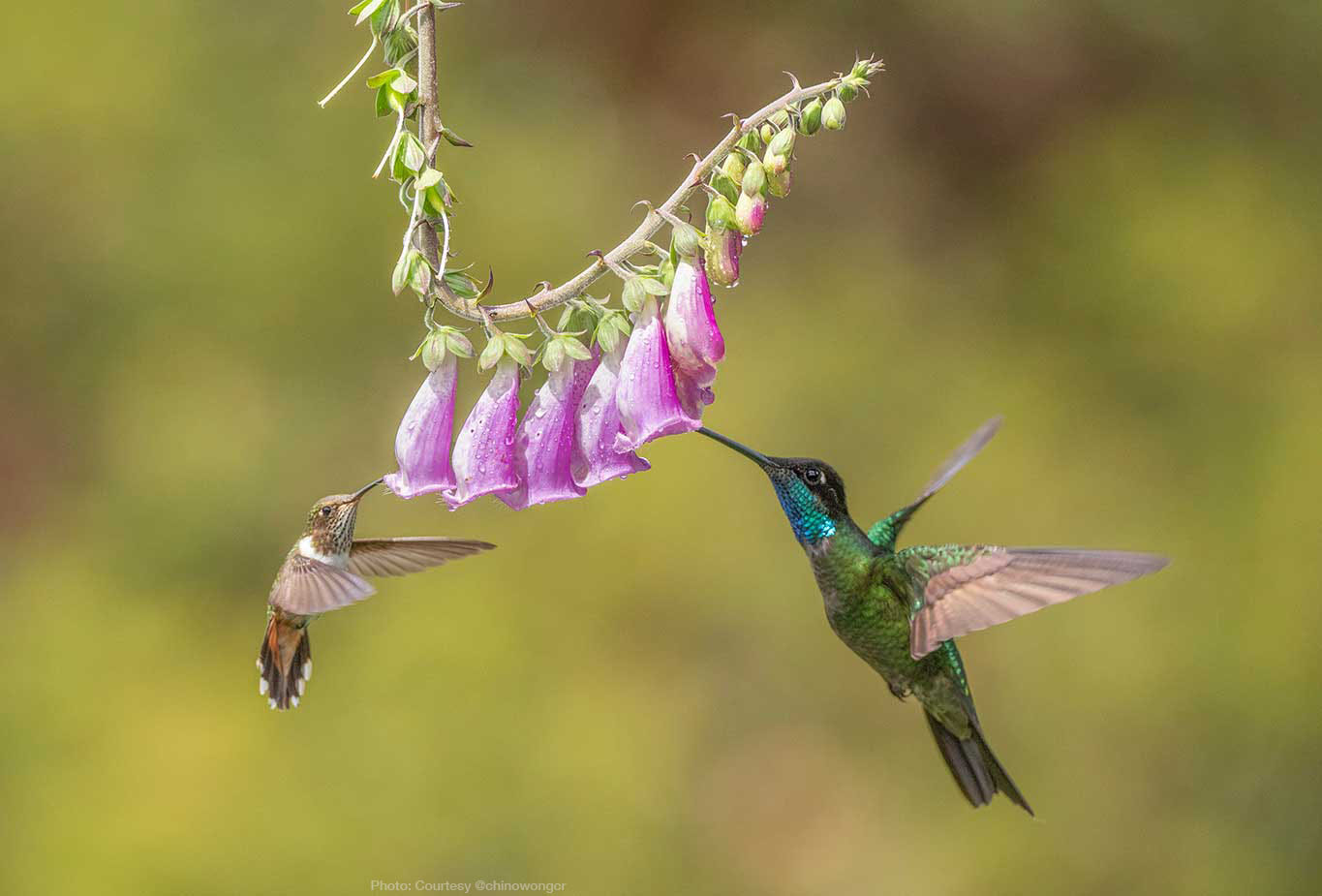 The Talamanca “sharing fraternal meals” with a Scintilliant Hummingbird. 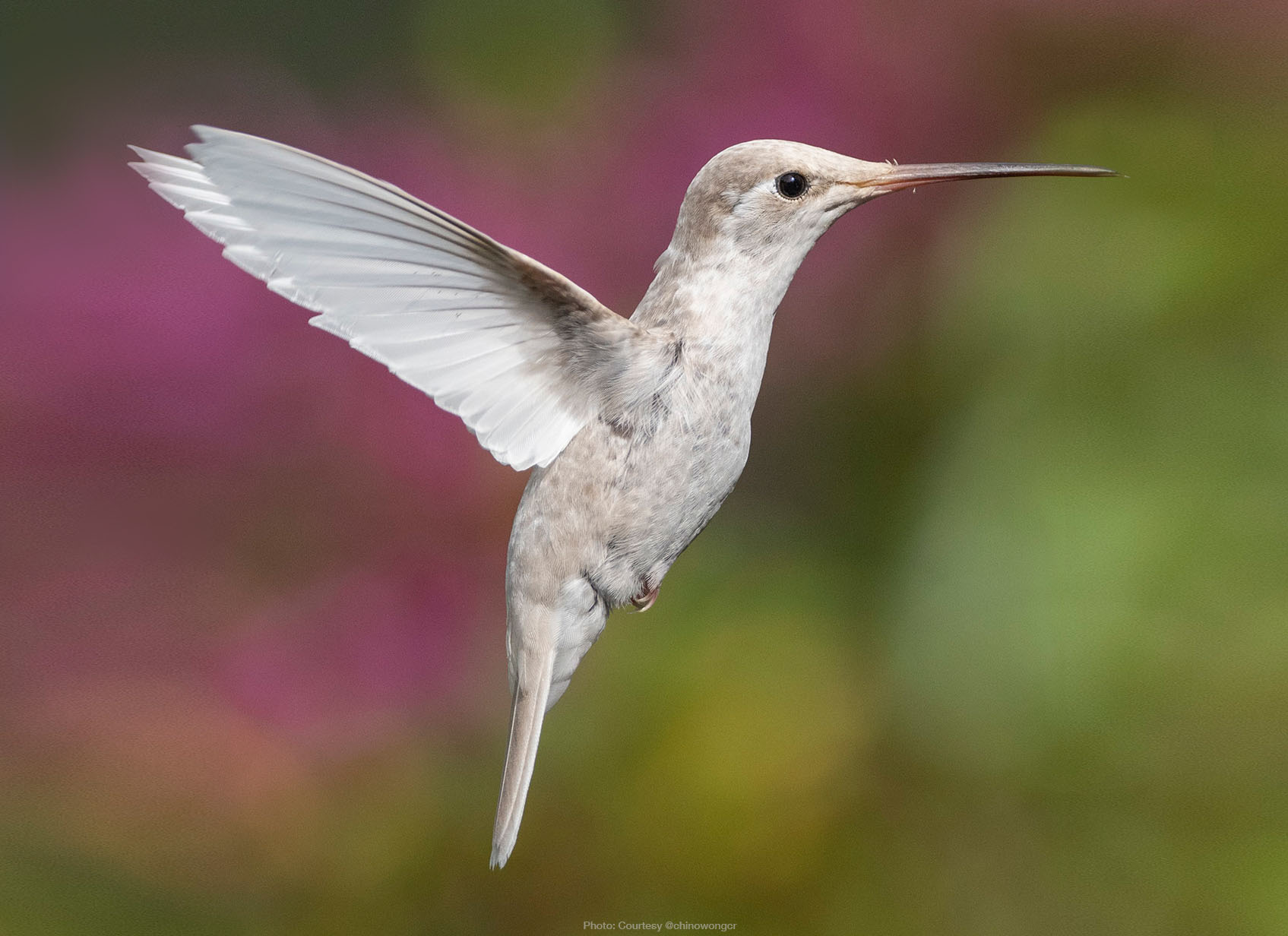 An image of an “angelic” Talamanca Hummingbird with leucism. 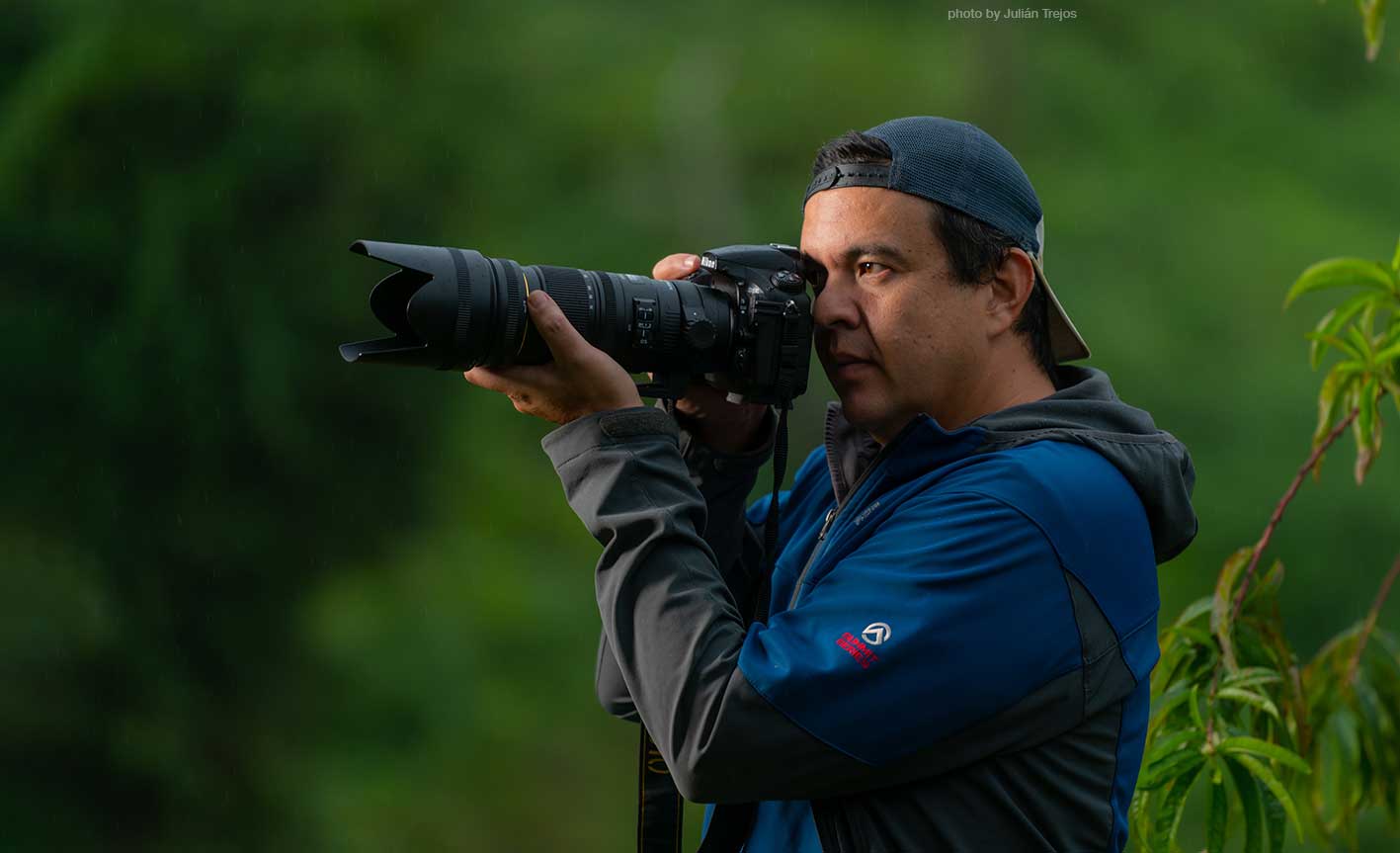 Mario Wong is an Agronomist by profession and a self-taught photographer. He is increasingly dedicated to nature photography. Today he is focused on wildlife photography, leading expeditions with groups of national and foreign photographers. His work transcended the borders thanks to the collaboration with NGOs with which they work in conservation of biodiversity in Costa Rica.

Very large for a hummingbird; size alone separates from many other species. Distinctive in range. Males are green overall; head appears black until it hits the light and reveals an iridescent purple crown and turquoise throat. Females duller with fuzzy mottled appearance on grayish underparts and some greenish on sides. Note the large white spot behind the eye that trails into a messy eyeline. Females have a longer and slightly more decurved bill than males. Used to be called Magnificent Hummingbird, but recently split into Rivoli’s Hummingbird (from southwest U.S. to Nicaragua) and Talamanca Hummingbird (found in mossy cloud forest in Costa Rica and Panama). Fairly common; visits hummingbird feeders.